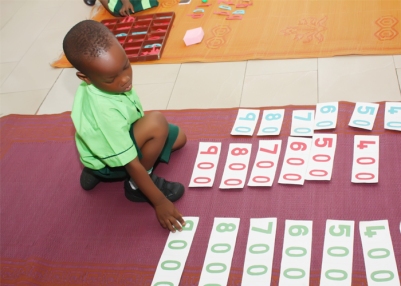 Part 2 From Dramatic Arts to Education

Remember, I said last time that I used to have nose bleeds? My parents decided to move me out of the boarding house because of the consistent bleeding, I therefore moved back home and became a day student. I loved my new school, I used to come out during break time and rush over to our playground that I tagged ‘fairyland’ in my mind. I would sing and dance, pretending I was Liesel (the beautiful 16-year-old in ‘The Sound of Music’) singing ‘I am Sixteen going on Seventeen’, even though at that time I was just going on thirteen!

Fast forward a couple of years later, after so much drama (you know how it is with Jamb), I finally got my way and studied Dramatic Arts at University of Ile-Ife, Great Ife.  I graduated with Honors and the stage was set, I was going to be known in the Theater world , at least that was what I thought. First job during NYSC was at University of Port Harcourt, where I served in the Department of Theater Arts, and then worked there for another year as an Assistant Lecturer.  I enjoyed it, but some external issues came up which I was not prepared to stomach at the time and in any case I was not acting as I wanted to do at the time,  so I left for Lagos and did several productions in Lagos at the National Theater.

Later,I did some work experience as an Administrator for a while, after this I did not want to sit around for too long so I went job hunting. I got a letter of appointment from NTA and at the same time was offered a position to look after a one year old boy as his nanny!

I had fought so hard to study Dramatic arts, and now I had the perfect opportunity to put all I had studied into practice but guess what I was seriously considering dropping everything to look after the child?

A graduate, working as a nanny!  My parents would go ballistic!

Now here’s the thing, though I knew my parents would not like the nanny job, I preferred it and here’s why?

The nanny environment would be a better and more peaceful one for me. I had hated the workplace I had just experienced, the drinking, rough life style of work mates, the unceasing smoking. NTA seemed to be promising the same problems. I was unmarried and just wanted peace, these were also fueled by my University of Port Harcourt experience

I chose to be a nanny, though at this point I had little experience with children apart from helping at home with my siblings as we were growing up ( I was the first of eight children). I took on the nanny job, but did not tell my parents. I asked people I knew who had children and the person who had done the job previously how they coped and put their suggestions into practice.

I had a peaceful job for a year and a half and went on to work in the Women’s Ministry of my church thereafter. Even here, one of my main jobs was to help with the Children’s Ministry. I would baby sit for friends a lot and got to learn the best ways to bond with children. It was all a preparation ground I guess, though even at this point, education, teaching or running a school was not in the equation.

A couple of years later I got married and it was when I had my boys that I started thinking about using the space around us productively for children and the physical mental well-being. The Kidzone was born and I slowly and gradually started focusing on children. The Kidzone Lagos was a children’s entertainment center, we executed seasonal children’s events, children’s parties, provided birthday packs, published The Kidzone Magazine. The Kidzone also invited surrounding schools to come over to our grounds for regular weekly playtime . I enjoyed doing this and it was making some money, but everyone around me could not see why I was so passionate about it. I on the other hand, thought that the children needed to have a place that was designed for them, where they could come out and play, instead of staying home locked up all day on the computer or watching telly.

In my search to market my business I discovered several new facts, one of them was that children needed age appropriate equipment to play with. There had been several accidents in different parts of the world I wanted to be compliant and do things well to the best of my ability. So I started researching and I ended up going for an Early Childhood Education Training Program because they promised to talk about age appropriate equipment and educative toys for children as part of the training.

I ended up with my first Early Childhood Education qualification. This was how I finally came in contact with the Montessori Method, I was shocked I could not believe it. I never wanted to be a teacher, but I knew that the children were our future. Here was the best way to educate children and most schools and teachers where oblivious to it. I went immediately to the Montessori Training Center near my home and signed up.  I learned so so much, here are a few of the things I have sealed my love for all things Montessori:

Montessori is child centered, its not about what the adult thinks, but what the adult observes is best for the child. Children love to learn, we just need to take them step by step and help them along the way. Children will learn how to behave if you teach them how. They want to know and learn things, they want to be independent and not dependent. The way a child is taught determines if they will grow to be solution providers and adults impacting their communities. I love to see the children thrive in a Montessori environment, see them loving and learning to reading, seeing them build their command of language and love doing Mathematics!

Looking back I can now connect the dots, God was preparing me for what I am doing now. I have not looked back, I continue to learn, as I teach. Addlo Montessori School House and Addlo Montessori Training Center are here because of that preparation.

This is how Montessori Home came into existence. In this space we will make sense of the beauty of the gifts that God has blessed us with, our children. We will explore all the different ways we can use the Montessori ethos to raise adults both male and female who will reach their fullest potential, as global citizens and solution providers for our nation Nigeria and beyond.